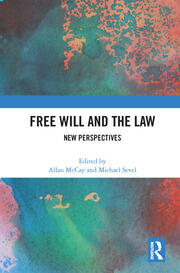 The University of Virginia School of Law recently launched the Center for Empirical Studies in Law, which will train the next generation of lawyers in empirical techniques. These students will also help to develop new research that addresses the role of law in the United States. Among other things, the center will examine the impact of the Dobbs decision on the legal profession.

Additionally, the college has a program called the Lawyers and Leadership seminar, which prepares graduates for leadership positions. It also encourages students to think about the importance of the Rule of Law and to be mindful of how their actions affect others.

This year’s class is one of the strongest in the school’s history, and meets or exceeds the latest metrics. The class is composed of students from dozens of states, and represents a diverse range of interests. In addition, many of these students are pursuing careers in the law.

Professor Bertrall Ross co-authored a paper that examines voter data and the risk of political violence. In addition, he has also worked on two international conventions. His upcoming article will be published in the UCLA Law Review.

A recent estate gift from Marty Wolf ’57, LLB’60 has expanded the curricular modernization of the College of Law. Among other things, the estate gifts has allowed the College to offer students a broader spectrum of experiential learning opportunities. Currently, students are enrolled in a variety of courses, including a series on gender non-conforming people and an interdisciplinary course on the economics of law.

Other new programs include a legal design lab and an entrepreneurship and venture capital program. These initiatives promote studies of intellectual property and entertainment law, and focus on lawyer’s roles in these spaces. Students can attend these events through the Law Tech Hub. They will also receive updates on all upcoming and current law school news, clubs, clinics, and media coverage.

The College of Law will also welcome a distinguished practitioner. Several members of the law faculty have been appointed to a faculty position at the American Law Institute. Two of the associate professors will be leading the institute’s Restatement of the Law, which will be released in 2022. Another faculty member will lead the Institute’s work on civil litigation process maps.

During the opening convocation for the College of Law, seven outstanding faculty members were honored. Three of them are acclaimed speakers. Also in attendance were Dean Emeritus Symeon C. Symeonides and Associate Professor Shelley Welton. Their articles are among the top 15 in law reviews over the past five years.

Another alumnus, Dustin Buehler, was appointed to the faculty. He will teach in the Civil Procedure course in the fall. Previously, he was an assistant attorney general for Oregon. After graduating from Willamette Law, he was a member of the Governor’s staff.

One of the first full-time professional counselors to work at the college, Abby DeBorde will also be on the staff. Her work has included helping to release Adnan Syed from prison with the assistance of several lawyers. She urged citizens to prioritize the rule of law over politics, and has encouraged her students to use resources available at the law school.